De Domenico Evening The De Domenico Building (aka "Plaza Building") is located at 200 Frank Ogawa Plaza. It is owned by the East Bay Community Foundation. Its occupants are, by floor:

The De Domenico Building was originally called the Plaza Building, named after what was then known as City Hall Plaza. The building is a six-story (and mezzanine) steel frame and brick curtain wall retail and office building was constructed in 1913-1914 by Charles Hesseman, a successful Oakland clothier, and was designed by O'Brien & Werner.

According to the National Register of Historic Places the builder was William J. Baccus. The building was constructed at the corner of 15th and Washington Streets with an address of 500-508 15th Street, but the former 15th and Washington Streets in this area are now part of Frank Ogawa Plaza. It is also worth noting that the section of Washington Street between 14th Street and San Pablo Avenue was created after the current City Hall was created and the earlier City Hall torn down. This partially explains why the De Domenico building has such an odd shape, as shown on these Sanborn map excerpts.

From the National Register of Historic Places Registration Form:

Seated on a corner lot, with Renaissance/Baroque ornamentation, the building is trapezoidal in plan, with unelaborated back walls and a wedge-shaped corner. It has a high first and second floor base, red brick three story shaft, and top floor capital. The two story base was originally almost entirely glass, with very thin cast iron framing, but has been partially remodeled. The ground floor storefronts retain black marble bases and recessed entries with mosaic tile floors. Second floor windows have high transoms, formerly prism glass. The third to fifth story red brick shaft has herringbone brick spandrels with tile insets, and small terra cotta cartouches above the fifth floor windows. The capital has terra cotta panels on the piers, and an elaborate galvanized iron entablature and cornice. Remodeling and restoration are taking place in connection with the neighboring City Administration Complex.

The Plaza Building, as it was referred to in the , was developed by Charles Hesseman, the successful Oakland clothier who had recently sold his business to concentrate on real estate investments in the post-earthquake boom. It is an outstanding example of its type by a prominent San Francisco architectural firm, part of a cluster of early 1910s buildings developed around the 1911-14 City Hall.

This historic building is #55 on the list of District Contributors for the Downtown Oakland Historic District Registration Form. 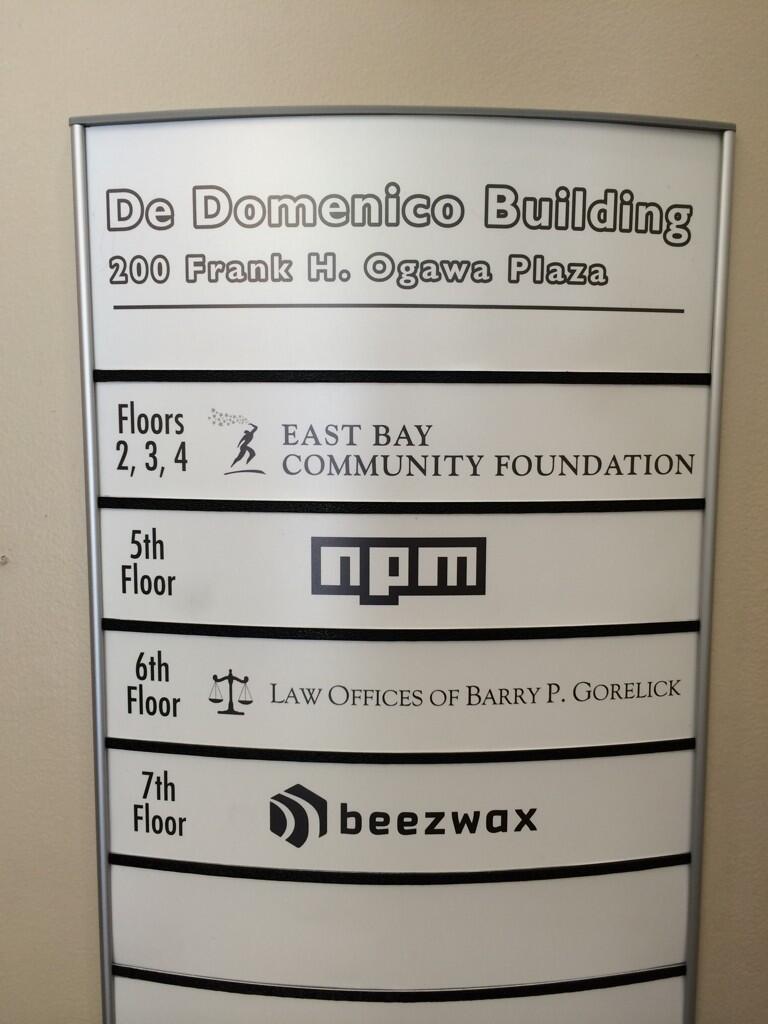 Companies in the De Domenico Building