Torii Gate in Lakeside Park is one of eleven themed gardens which are a part of The Gardens at Lake Merritt, in Oakland, California. The Torii Gate traditionally marks the entrance to a sacred Shinto shrine.

Fukuoka, Japan and Oakland, California are sister cities, with a 51 year relationship which began in 1962. At the time, President Eisenhower encouraged the formation of sister city connections to promote global peace and understanding between different countries and cultures.

The Fukuoka Junior Chamber of Commerce gave the Torii Gate to the City of Oakland in 1969. In 2002, on the 40th anniversary of their connection, the gate was rebuilt.

August 17-20, 2012 marked the 50th anniversary with both cities celebrating their half century friendship. The mayor of Fukuoka, Japan, was part of a 30 person delegation of officials who attended the ceremony in Oakland, which included the dedication of ten Japanese lanterns added to the Torii Gate Garden. 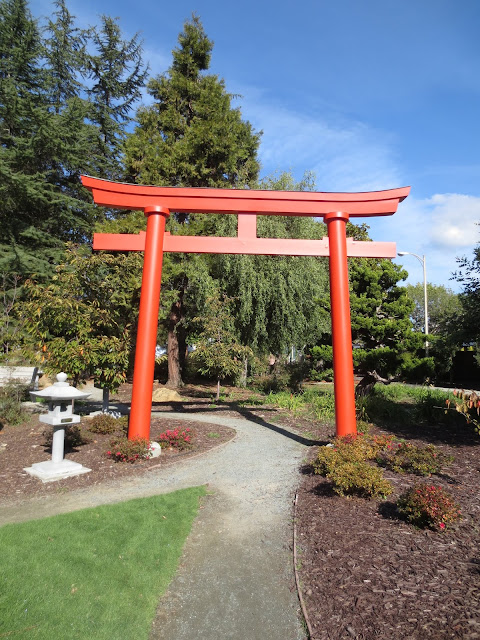 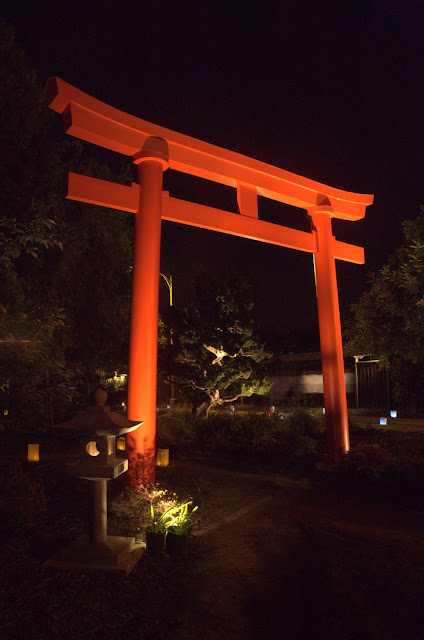