The Altenheim, which means "elders’ home" in German, is a historic German-American retirement home originally built in 1893-1894 to house retirees of Germanic descent. It was founded by San Francisco and Oakland's most prominent German-American families, including the Sutros and others, as an upscale home for older German-Americans to live out their golden years. Adolph Sutro wanted it built in San Francisco, and even donated land in Sutro Heights, but it was ultimately built in Oakland because Sutro's proposed location was too foggy.

The original towering Queen Anne wooden building was designed by Charles Mau, 4 but burnt down in 1908. The current structure was built in 1908-09 in a Colonial Revival style designed by Oscar Haupt, a San Francisco-based architect. A 1909 newspaper article noted that ten thousand German Americans from all parts of California gathered at the institution to celebrate its restoration. 3

Due to financial difficulties, the facility closed in 2002. After being closed for a few years, Citizens Housing Corporation and Eden Housing upgraded and rehabilitated the facility, and it reopened in 2010 to provide housing for low income seniors of all nationalities.

On January 6, 2009, The Altenheim/The Altenheim Senior Housing was designated Oakland Landmark #142, under Zoning Case #LM06-341. The building is also listed on the National Register of Historic Places. 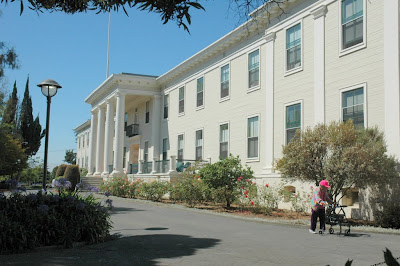 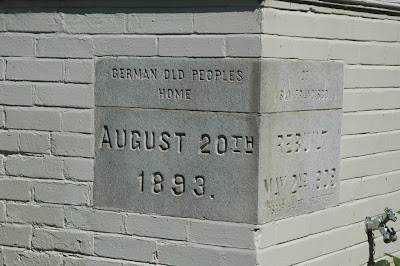