Stone Quarries were an important part of Oakland’s growth and development, from the 1850s into the 21st century.

In Oakland’s earliest days, construction materials like stone blocks or paving stones were often imported as sailing-ship ballast, “the wrong way” around Cape Horn. (The blocks of buff-colored Indiana sandstone which today ring Astro Circle – salvaged from the first Oakland High school – reportedly arrived this way.) However, this was a difficult, highly dangerous, expensive and slow way to build a town.

Oakland’s geologic variability (due to tectonic activity that brought together an unusually large variety of California rock units) meant that a wide range of useful construction material (beyond sand and gravel) was readily obtainable with abundant cheap labor by Chinese and, later, European immigrants. Most locally quarried rock (except sandstone) tended to be of fractured, metamorphic shale-like kinds, but it ranged in colors and potential applications, and since much of Oakland’s period of most rapid growth occurred prior to the adoption of asphalt (in the 1920s), macadam was used extensively in road building. This led to more than a few quarries throughout the area, most of them small but a few of them quite large, as the city spread out. Except for the sandstone used structurally in a few Oakland buildings (like the First Unitarian Church), Oakland's quarries produced exclusively crushed rock.

Stone quarried in Oakland included the desirable stone called ‘blue rock’ in the trade, a flinty, fine-grained metamorphosed sandstone or argillite, slightly bluish when fresh; siliceous shales in various colors – mainly reddish or yellowish chert (aka “phthanite”) or jasper; and sandstones of various shades and grain sizes. Other material were described as disintegrated quartz, fine-grained basalt, granite, and even scattered pockets of limestone; however, quarriers seldom consulted with geologists and the two communities have different vocabularies. Some uses to which this material was put (beyond the macadam roads mentioned earlier) included top dressings for garden walkways, cemetery paths, and sidewalks; aggregate for concrete; and rubble, ballast, and gravel used for building foundations and railbeds. 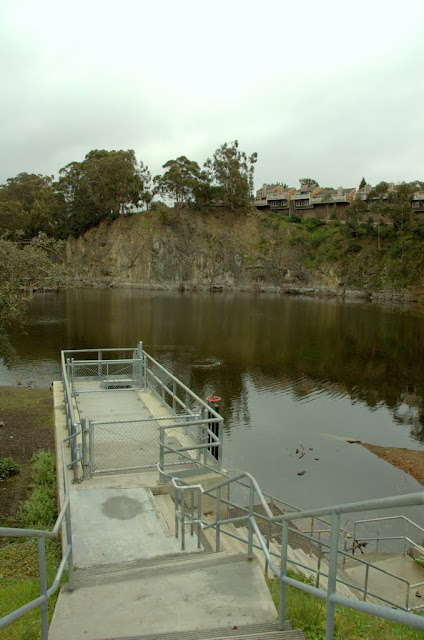 Blake and Bilger Quarry
photo from Our Oakland 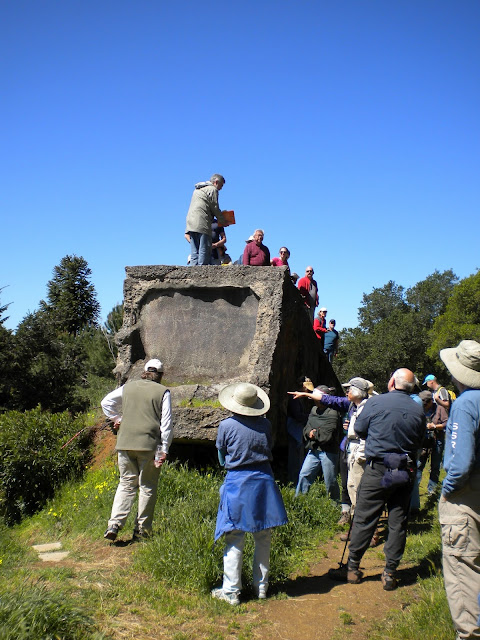 “Alameda County contains large quarries of granite, limestone and sandstone, suitable for building purposes. The quarry from which the stone used in erecting the Deaf and Dumb and Blind Asylum was obtained, is situated on Pryal’s ranch, about four miles from Oakland. The supply of this stone in exhaustless. [This appears to have been what became the site of the Berkeley Rock Company quarry.] A quarry of close-grained, grayish sandstone, has recently been opened about four miles from Hayward’s. Nearly all the brown sandstone used in San Francisco, is obtained from quarries in this vicinity.” 3

To-do for this article