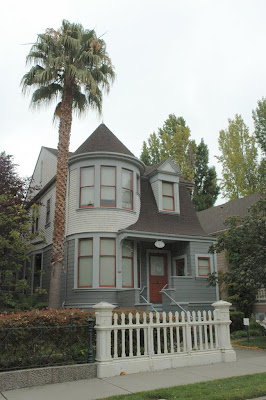 Standeford House is an Eastern Shingle style home built in 1894 for Stella Standeford by her father who worked at the San Francisco Mint. She later married John F. Conners of the Oakland Enquirer.  It is now in Preservation Park.