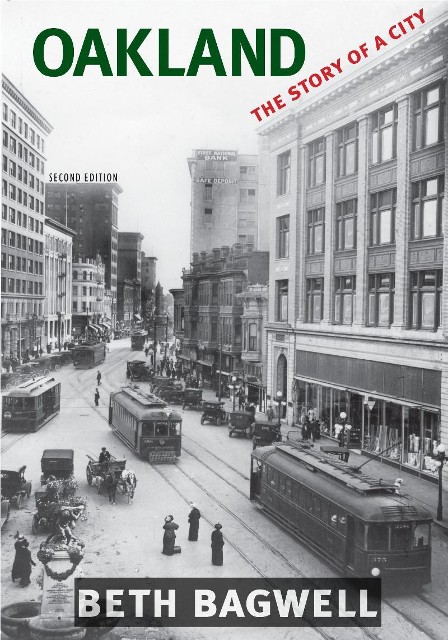 Oakland: The Story of a City is the book on Oakland history, and was written by Beth Bagwell and was first published in 1982. A second edition was published in 2012 with an afterword written by historian Erika Mailman, which brought Oakland's story up to the present day, adding changes in the political scene as well as major events such as the 1989 Loma Prieta earthquake and the 1991 firestorm.

The book is available at the Oakland Public Library as well as most Oakland bookstores.