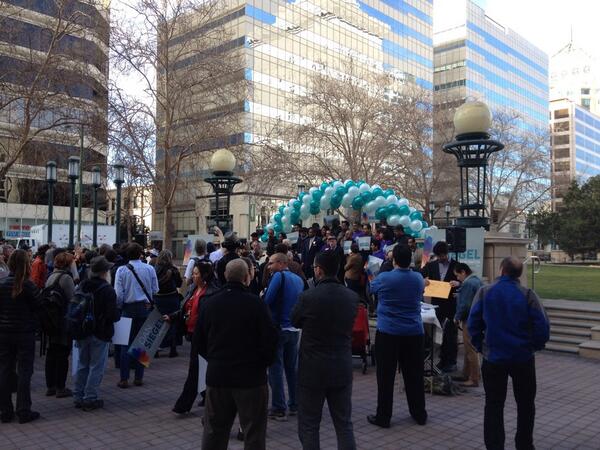 Dan Siegel is an Oakland-based lawyer and activist. "Siegel, a long-time friend of Oakland Mayor Jean Quan, served as her Legal Adviser until November 14, 2011, when he resigned in protest. Siegel subsequently announced, via Twitter: "No longer Mayor Quan's legal advisor. Resigned at 2 am. Support Occupy Oakland, not the 1% and its government facilitators." [from Wikipedia] He's also a former school board member.

On Jan. 2nd, 2014, Dan Siegel announced his candidacy for mayor in the 2014 Mayoral Election.  He tweeted that his New Year's Resolution was to become Mayor.  View videos and statements of his political positions here. Siegel was eliminated in the 12th round.

He is using Left Coast Communications as his campaign consultant.

Dan Siegel and Jean Quan were both student activists in 1967-1970 while attending UC Berkeley.

Dan Siegel was the recipient of the East Bay Express Most Progressive Oakland Mayoral Candidate Award in 2014.