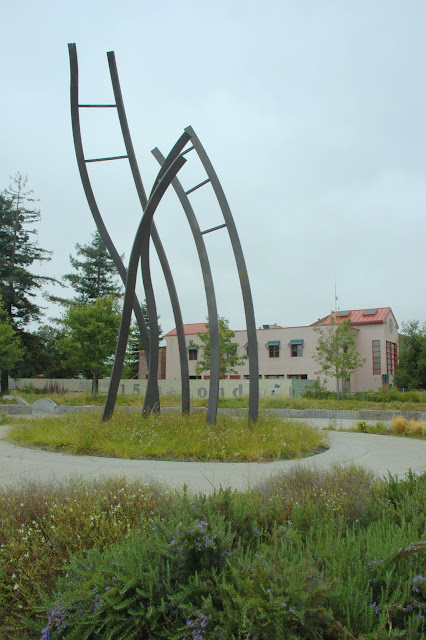 The Cypress Freeway Memorial Park is a park located at 14th and Mandela Parkway, Oakland, CA. It occupies space around the rebuilt Oakland Fire Station #3, and includes several art installations to remember the victims and rescuers of the Loma Prieta earthquake in 1989.

A statue of twisted metal columns recalls the collapsed part of the Cypress freeway and the ladders that rescuers brought to attempt to rescue survivors, and also represents the hopes of the community to rise from the dust. Many of the responders in the first wave were area residents who brought ladders from home.

The wall outside the fire station had a mural titled "15 seconds" which is how long the main temblor lasted, and showed the seismograph trace from the earthquake. You can see it in the background of the above photo. Unfortunately the mural was vandalized, and has been painted over. See Oaktown Art for photos of the mural. 1

One really nice thing about this park is that they let the grass grow naturally, the paths wind through it (with benches on them), and there are a good number of trees (including redwoods!). This gives the park a particularly calm feeling, even though it's not very large. 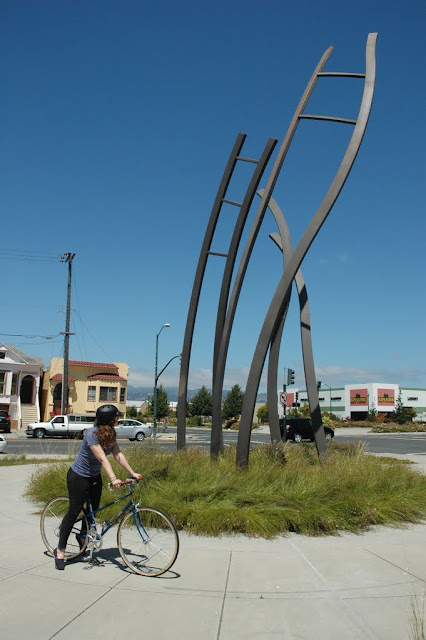