The Cafe Sahara building is located on the edge of Chinatown near the 880 North/980 East entrance. Its prominent neon sign -- "Cafe Sahara lunch & dinner" -- makes it a popular subject for photography. The location has a rich history, although little is known about the eponymous Cafe Sahara itself.

The location has a single Yelp review, which says that Cafe Sahara was a nightclub and and, during the day and early evenings, restaurant. Yelp reviewer Victor G. says and the rooftop sign is "a remnant of a red light district that flickered and burned out" and claims that Cafe Sahara "offered female companionship for $18/hour." This may be a reference to the space's time as a  taxi dance club. 1

In 2004, the building caught fire, and it was discovered that the tenants were growing $200,000 worth of marijuana plants. The owner said that prior to the fire, the building had been used as a practice space for bands. 2 This could refer to it's time as Jackson Street Studios. 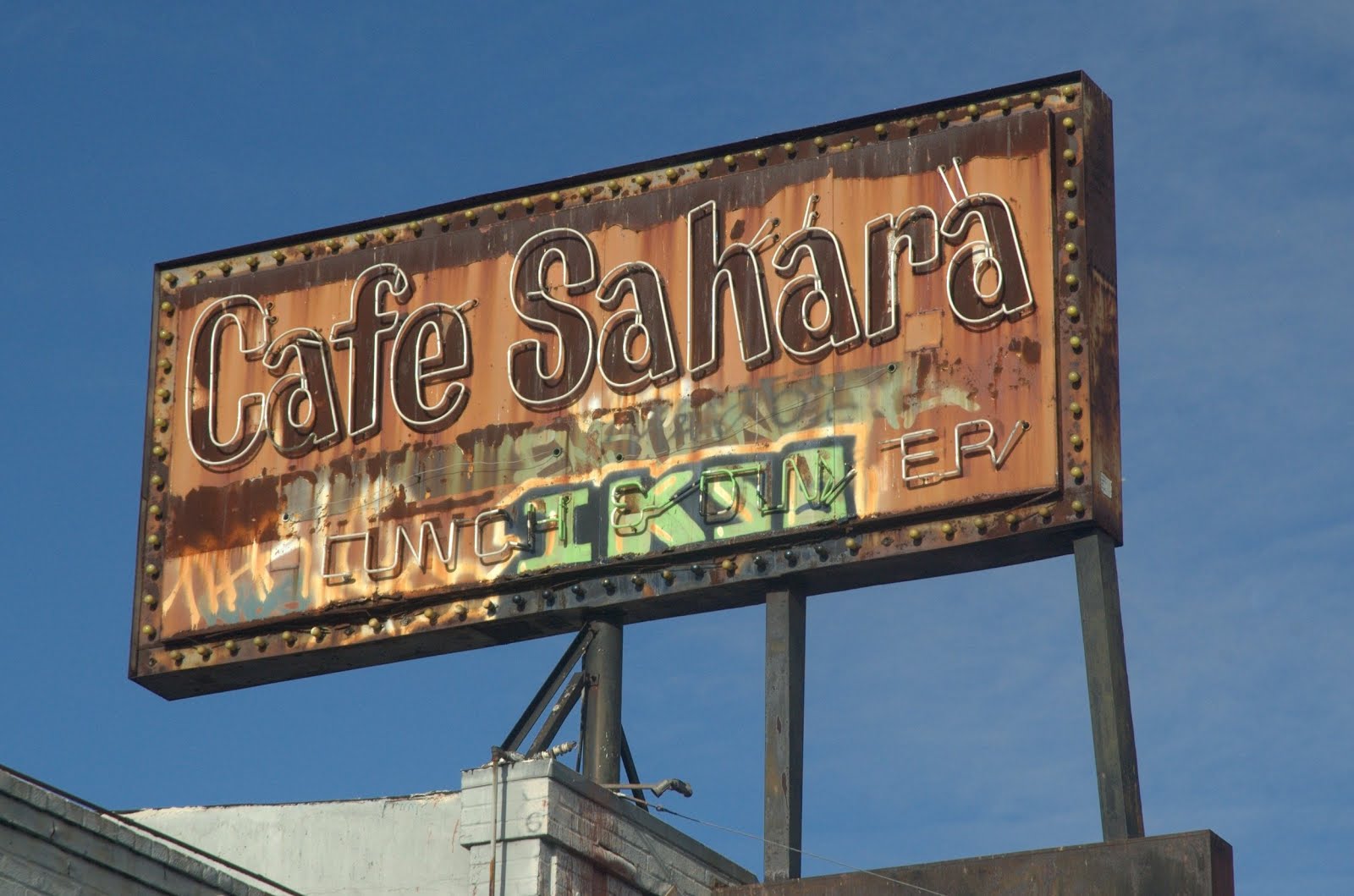 Cafe Sahara sign
photo from Our OaklandThe building's construction date is 1913, according to the parcel information available through the City of Oakland interactive Planning and Zoning map. The building's official address is 609 Jackson Street. The building is in the Local Historic Property category "Local Register or Potential Designated Historic Property" and has an area of 9.977.03 square feet.

A 1917 phone book lists 601 Jackson as the location of Wanto Gakuyen Japanese School. 3 By 1941s, the location was listed as the site of Wanto Hall. 4 Wanto Hall was a part of Oakland's Japantown and has since been demolished. 5

In the 1960s the address belonged to Frere Jacques Catering 6 and the building may have also housed a restaurant. 7

Between 1989 and 2000, the building was occupied by Jackson Street Studios. Owner Al Lucchesi rented rehearsal space and installed an arena stage in the studio's largest room. The stage was donated by the band YMT. Groups like Digital Underground, Metallica, Faith No More, Tony! Toni! Toné!, En Vogue, and Tupac Shakur used the rehearsal space. 8