There is air pollution in Oakland! (see also: Smog)

This is basically what Oakland looks like on an average day. [source]

It is the worst in West Oakland because of the port and the freeways.  Ships, especially those registered in other countries (most of them) are very loosely regulated and burn dirty bunker fuel.  Bunker fuel is the sludge left at the bottom of the refinery stack after the distillation process separates out gasoline, jet fuel, diesel, and other lighter hydrocarbons.  This fuel contains sulfur, particulate matter, and other pollutants.  Freeways are the second major source of pollution, with areas downwind from freeways most heavily affected.  Pollution also tends to travel further from elevated freeways. 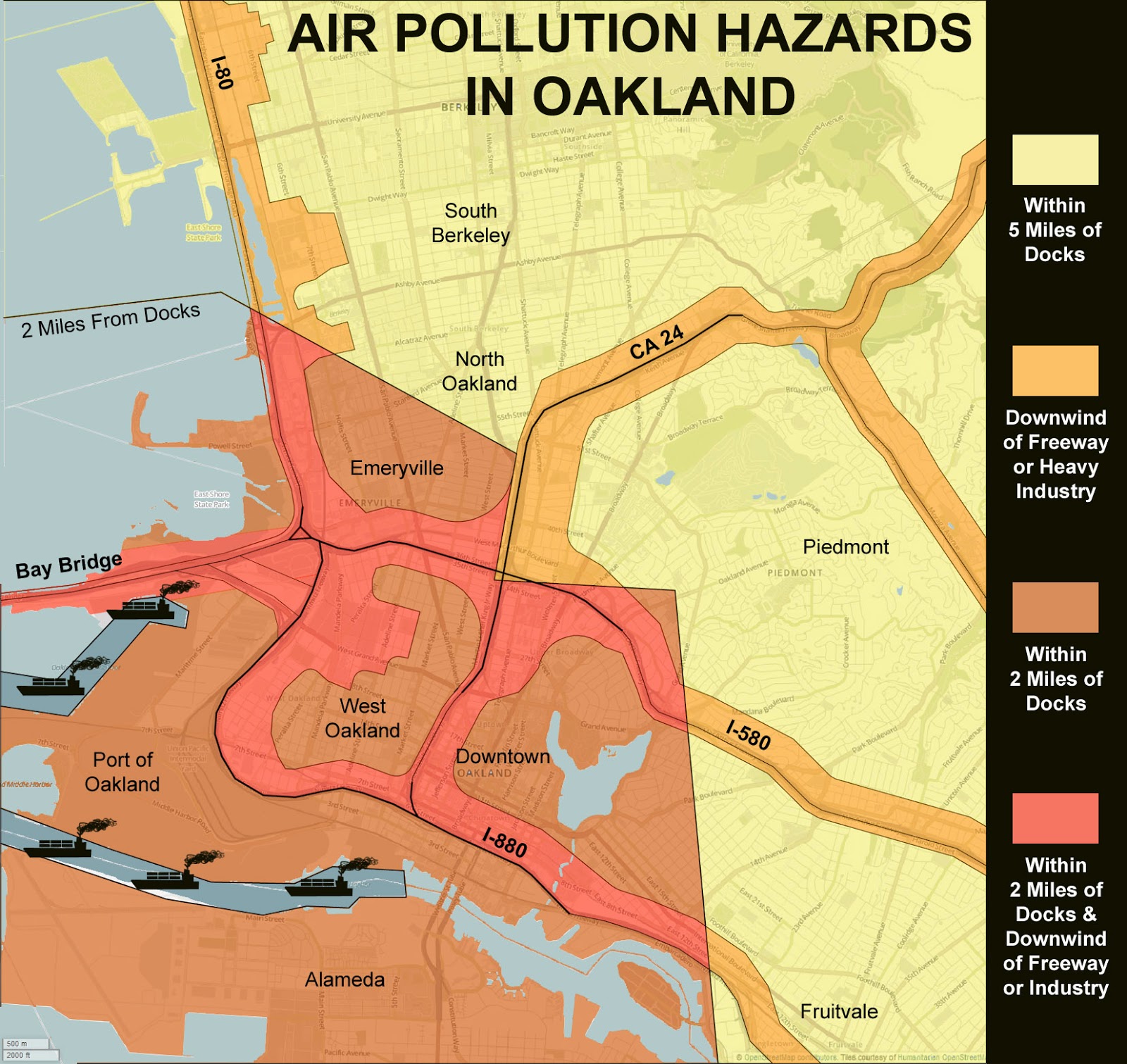 This map was made by Alfred Twu, CC-BY-SA.

As in many other places in the world, poorer neighborhoods are the most likely to have air pollution. But the people of Oakland do not take this sitting down! The West Oakland Environmental Indicators Project is one of many groups that works on environmental justice in Oakland.