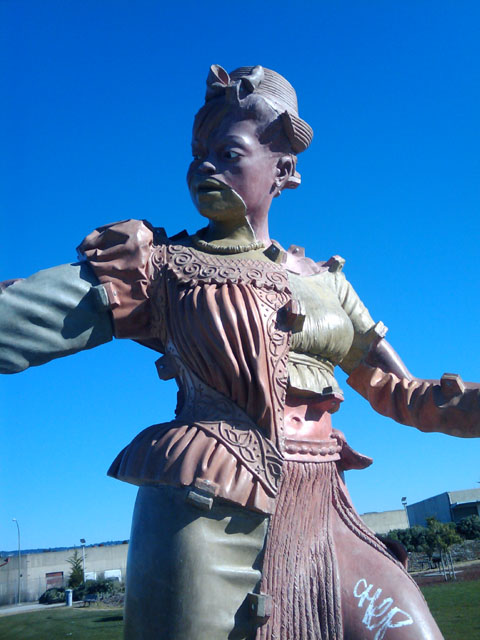 "Sigame" sculpture
photo from Our Oakland

"Sigame" ("follow me") is a 13' sculpture in Union Point Park. It was created by sculptor Scott Donahue in 2001 and is made of fiberglass, steel and concrete. It represents 20 women from Oakland's history, and plaques around the base tell about each.

The sculpture was originally design to be placed in Union Point Park, but the park was still under construction. The dedication was scheduled for September 12, 2001, but delayed until October because of the events of 9/11. It was temporarily placed in Frank H. Ogawa Plaza in downtown Oakland, where it drew controversy because of its appearance. The sculpture was moved to Union Point Park, c.2005.

According to the artist, the librarians at the Oakland History Room were consulted for which women to include.